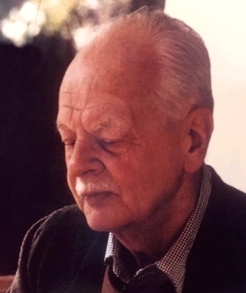 Today marks what would have been Joseph Leeming’s 121st birthday. Yes, it would take some real magic to reach that age, but Leeming’s written legacy will endure much longer than that.

For the younger lads not familiar with his name, Leeming, born in Brooklyn, New York, on June 15, 1897, was an author who penned 59 nonfiction books on a variety of topics, including magic, puzzles, games, crafts, ships, history, and business.

He wrote most of those books for children and devoted ten of them to magic. Conjuring enthusiasts worldwide fondly remember checking out from the library such works as Fun With Magic, The Real Book about Magic, and Tricks and Stunts with Playing Cards.

When Leeming wasn’t writing, he worked as a news editor, writer, and public-affairs officer for the United States Department of State (DOS) and served as an information officer at the Department of the United States Information Agency (USIA). He retired in 1960 and died on September 26, 1968, in Folkestone, England, in Spade House, where English writer H.G. Wells lived about 60 years earlier.

Since Leeming’s death, thousands of magic books have been written. While many of them have replaced his volumes, which once dominated the shelves of school and public libraries, few have the same charm as Leeming’s, thanks, in part, to the spirited illustrations of Jessie Robinson. Sadly, even if Leeming’s books were still prevalent in libraries, children are less likely to stumble upon them since they don’t frequent those libraries as often—all the more reason to preserve Leeming’s memory.

In the months ahead, as time allows, I’ll research Leeming in more detail and possibly publish a longer article about him because he’s a man most magicians know virtually nothing about. In fact, to my knowledge, besides the 1927 newspaper image of him I posted on MagicPedia a couple of months ago, no photo of him exists in any reference materials, at least the ones I have access to. Fortunately, Nancy Leeming, Joseph’s daughter-in-law, was kind enough to provide me with the picture that accompanies this article.

Happy birthday, Joseph, and thank you for helping to nourish my interest in magic, just as you did for three generations of aspiring magicians.